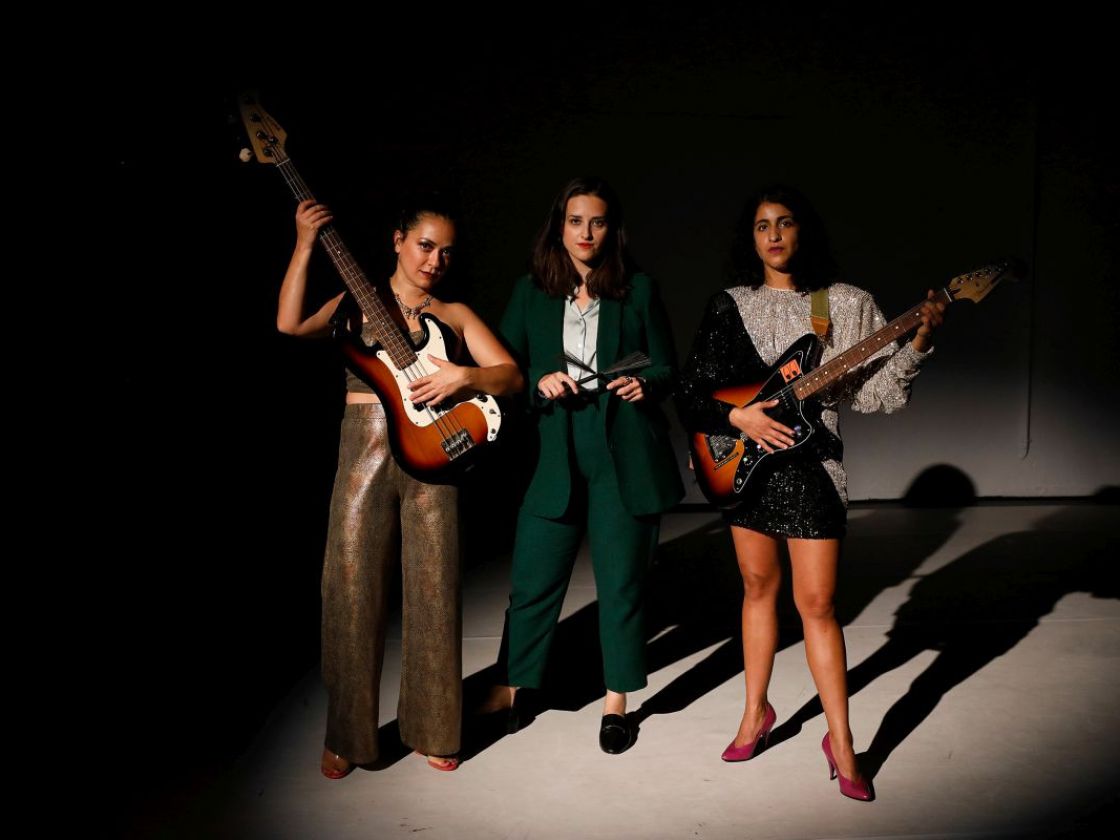 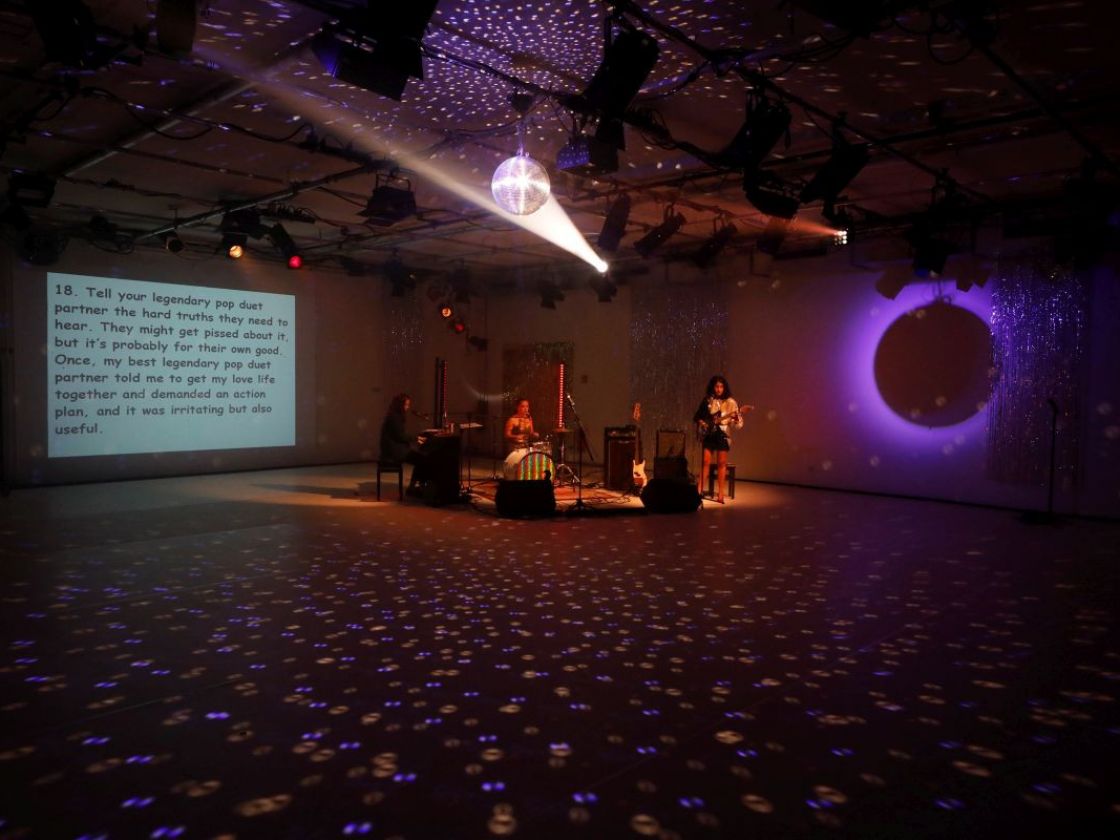 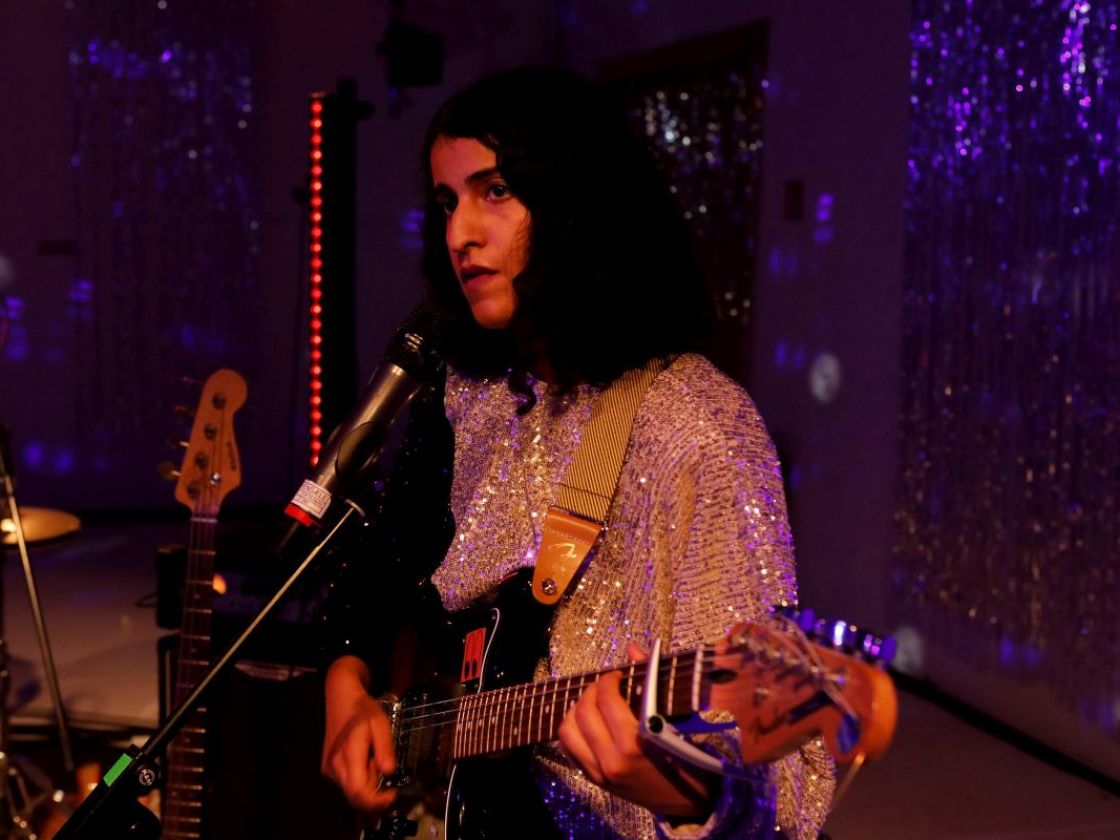 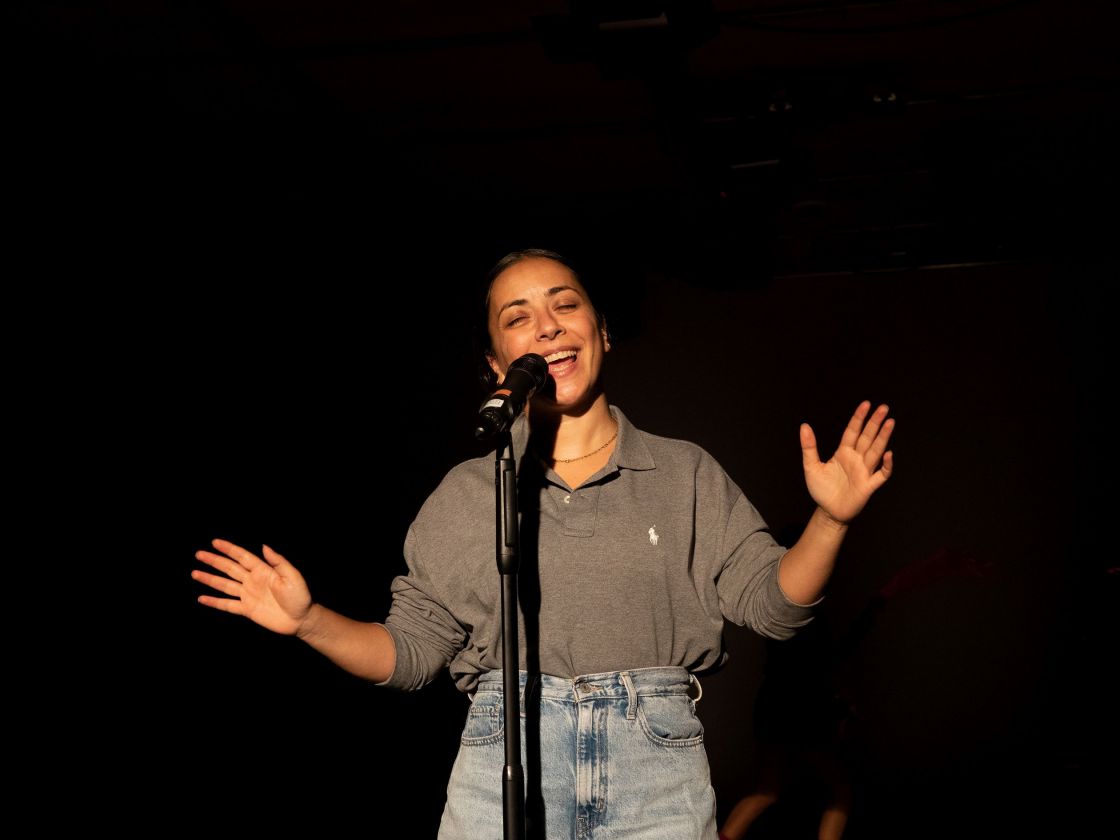 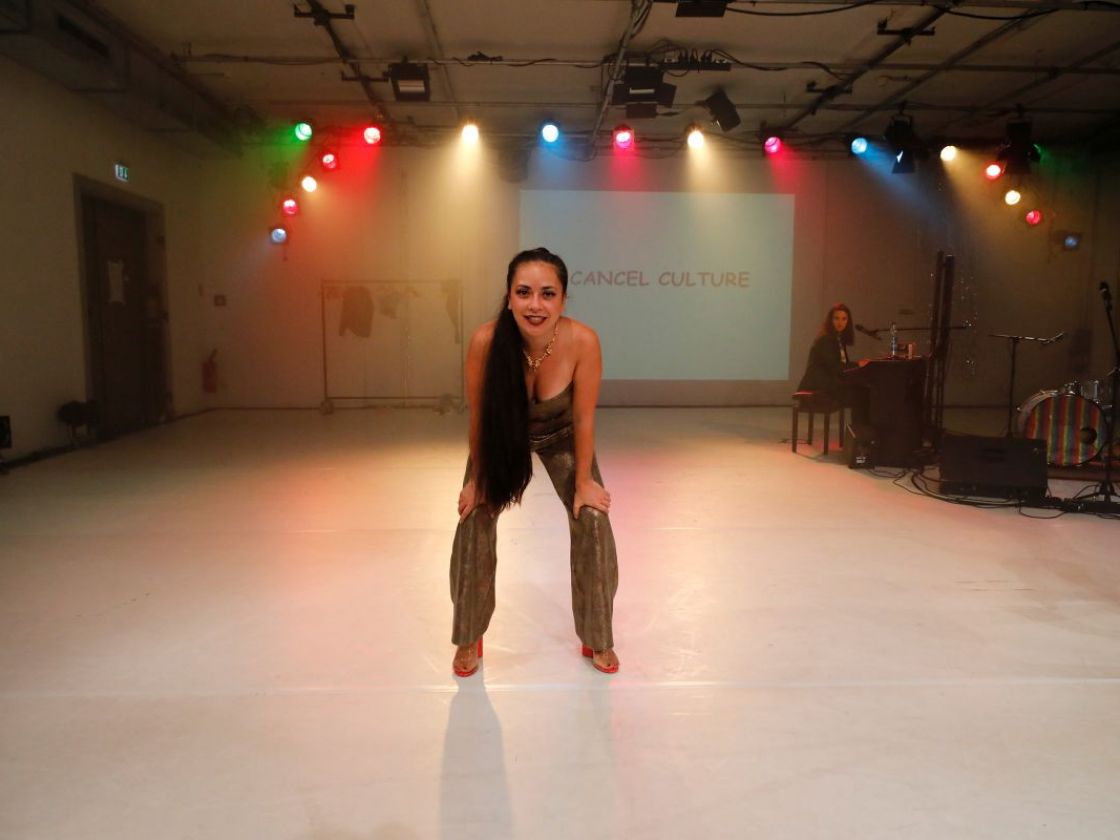 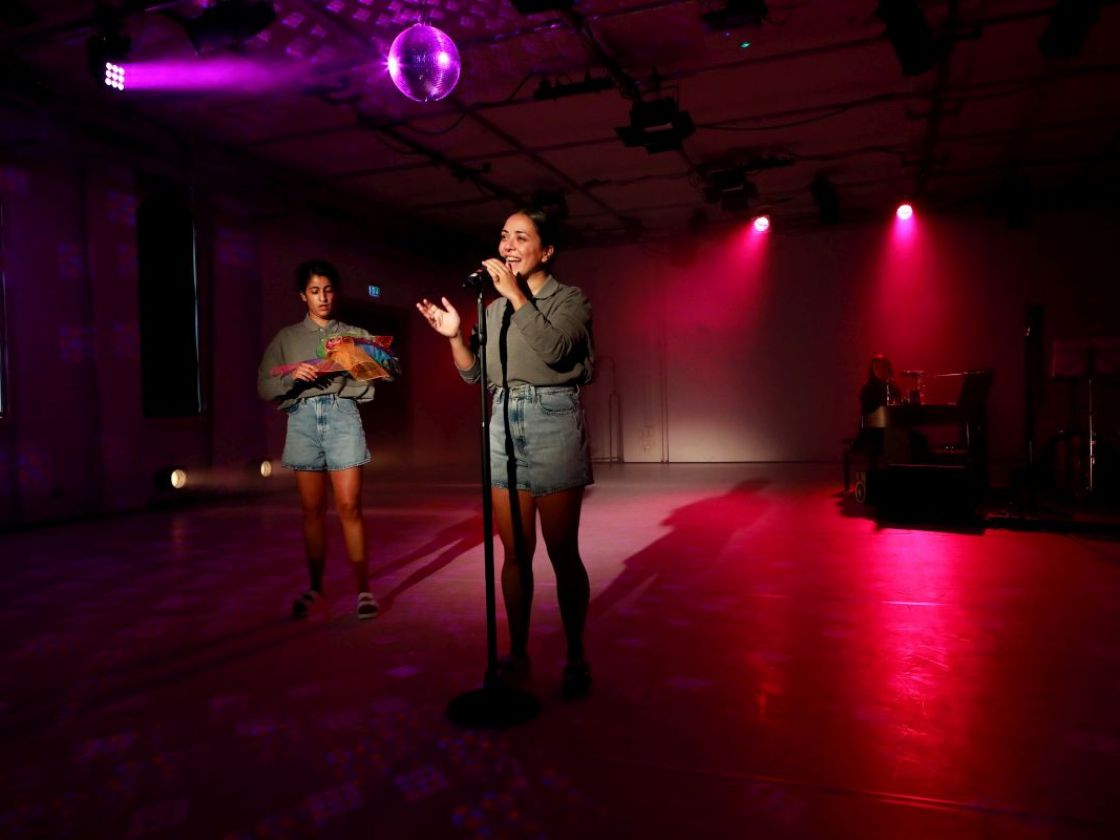 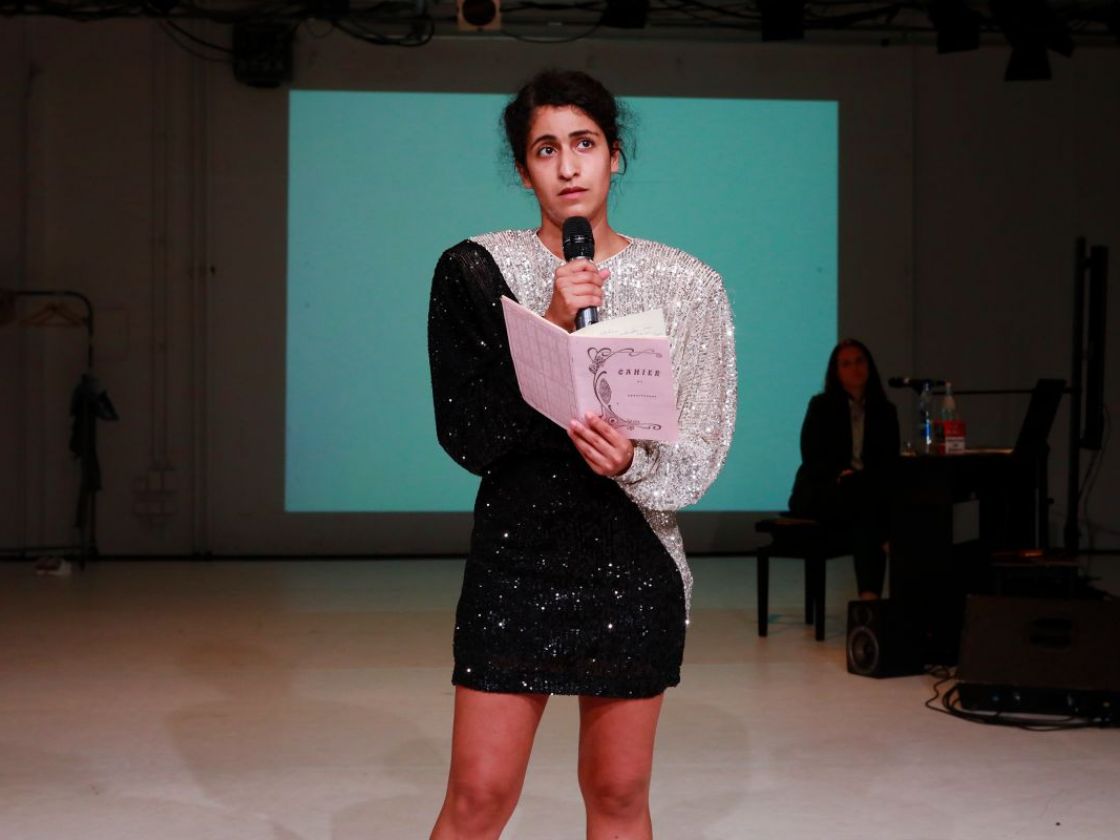 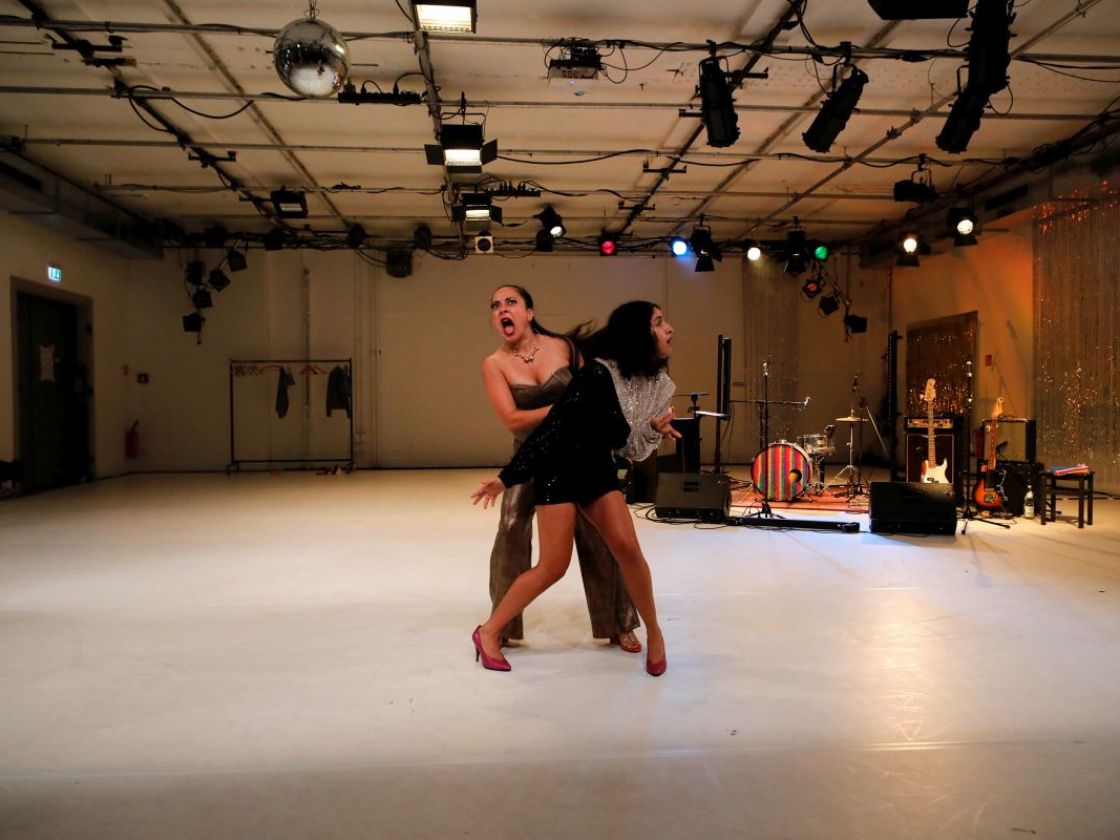 OK boomer is a musical revue that rubs up against feminist discourses, an evening of dance, a karaoke event, an intergenerational chart show, an (in-)official hit list. A top of the pops, queering pop and music industry.

AHH take us on a queer time warp through the last decades of pop discourse: from “Männer” soft pop to still unrepresented or underrepresented artists of color. In search of them, OK boomer delves into an archive where we find, alongside existing songs, all that we miss: We rewrite, reinterpret, compose and empower ourselves of all those songs we wish we had. At the same time, the evening asks about our standing on the generational ladder. Can we simply overwrite outdated feminist discourses and still value them? In turn, what expectations may we have of the younger generation? AHH close the gaps of the decades, blur the boundaries between real and fictional archives and deliver you a queer gala of superlatives!

The piece lasts a maximum of 75 minutes and is in English and German spoken language. On stage there are a wind machine, fog, light effects from a disco ball and loud and surprising music. The piece is suitable for an audience aged 12 and older. At times there is partial nudity. One scene touches on the subjects of state violence, torture and suicide. The audience area on the grandstand is seated. There are two wheelchair spaces and one beanbag seat that can be reserved by phone or booked via the online ticket shop or at the box office, depending on availability. The accessibility information will be continuously updated. If you have any questions or need further information, please contact Gina Jeske at or 030 27 89 00 35.

Golshan Ahmad Hashemi is a cultural scholar, a freelance artist in various collectives and consultant for critical education on racism and antisemitism in cultural work. As a dramaturge and author, she works with and for a variety of projects. With Banafshe Hourmazdi, she has been (dis)disrupting existing relations of domination with her performances since 2016. Banafshe Hourmazdi studied acting at the Akademie für Darstellende Kunst Baden-Württemberg and at the Zurich University of the Arts. She has developed and performed plays at Ballhaus Naunynstraße Berlin, Münchner Kammerspiele, Theater Oberhausen, Ruhrtriennale and Sophiensaele Berlin, among others. In 2015, she was awarded the Newcomer Prize of the City of Vienna for her collective production Meine Nase läuft at Theater Drachengasse. In 2019, she won the Götz George Young Talent Award at the First Steps Awards for her acting performance in the ensemble of Futur Drei. In 2021 she was selected as a Berlinale Talent.

A production by AHH/Golschan Ahmad Haschemi and Banafshe Hourmazdi in co-production with SOPHIENSÆLE as part of the Coming of Age Festival. Funded by the Capital Cultural Fund. With the support of Gessnerallee Zurich. Media partner: Berlin Art Link, taz.die tageszeitung, tipBerlin