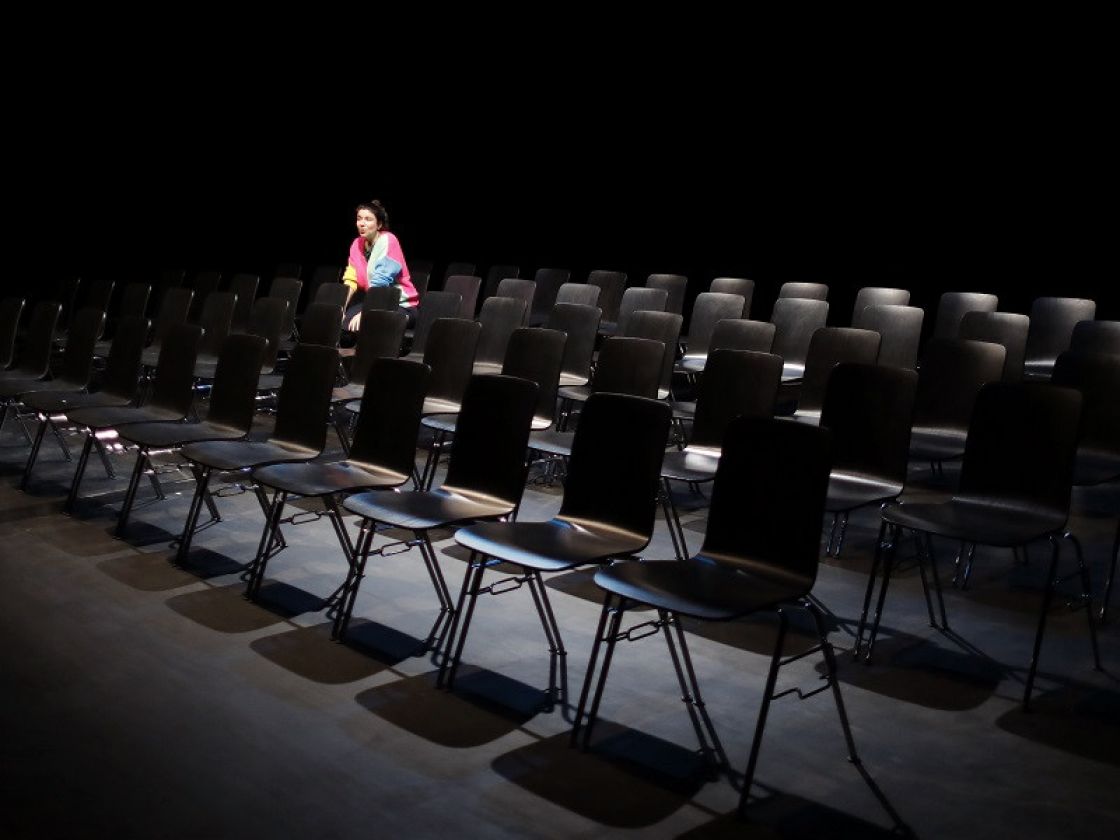 Four years ago the Basel theater-maker Corinne Maier began planning a piece about the subject of aging, which she wanted to develop together with the exceptional author Gerlind Reinshagen. Arguably the best-known female playwright in the FRG in the 1970s and 1980s, Reinshagen, born in 1926, was herself an expert on aging – and part of a transgenerational team that spanned an age gap of more than 60 years. On Pentecost 2019, however, the author passed away before rehearsals actually began. What remained were scraps of conversations, fragments, thoughts and first notes – and the director’s difficult decision to stand on stage herself and alone! The result was a gripping lecture-performance, text fragments by Reinshagen, improvisations by Maier and the music of Elvis Presley. “Zufügung is precisely not designed as a tribute to a single deceased person, but as a true talk by a theatrical artist on the subject of age and aging. Maier presents a web of conflicts. Conflicts that everyone has to face.” (Aargauer Zeitung)

The piece lasts about 50 minutes and is in German spoken language. It is very speech-based and therefore suitable for blind and visually impaired audiences. The lighting situation is rather dark throughout. At several points the audience and stage space are in complete darkness. There are video projections that take up the entire stage area, sometimes moving unsteadily. The audience area on the grandstand is seated. There are two wheelchair spaces and one beanbag seat that can be reserved by phone or booked via the online ticket shop, if available. If you have any questions or need further information, please contact Gina Jeske at  or 030 27 89 00 35.

CORINNE MAIER lives and works as a director and performer in Basel. She studied cultural studies and aesthetic practice in Hildesheim until 2009. She worked as a dramaturg, is co-founder of the theater collective magic garden, and first appeared on stage herself in lecture performances. In 2012, she began directing and has since staged Past Is Present (2013) and Like A Prayer (2015), among others, with which she has toured to festivals in Europe and India. In 2017 she developed Children of Tomorrow together with the author Tina Müller for the Munich Volkstheater. In 2018 she created The end of the world as we know it, which was shown at the Festival Politik im freien Theater in Munich, among others, and in 2019 BUNKERN at the Luzerner Theater. Extensive expeditions and research are at the beginning of her often documentary theater works.