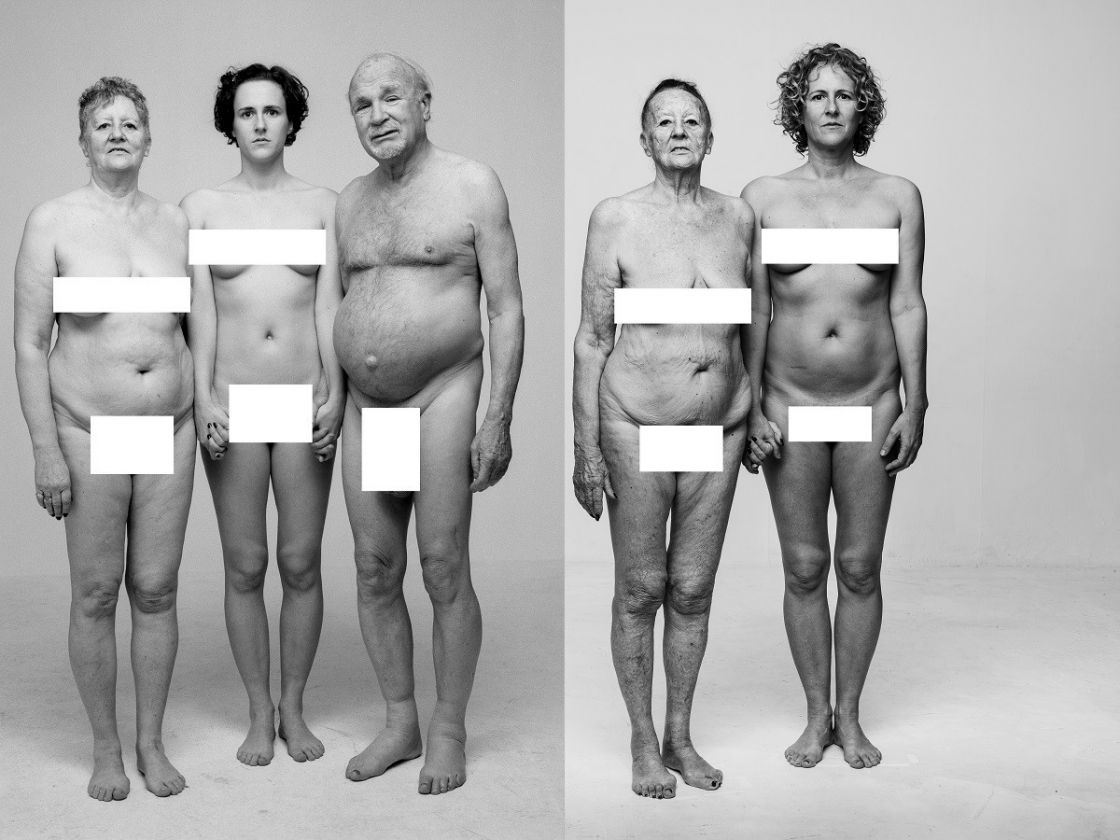 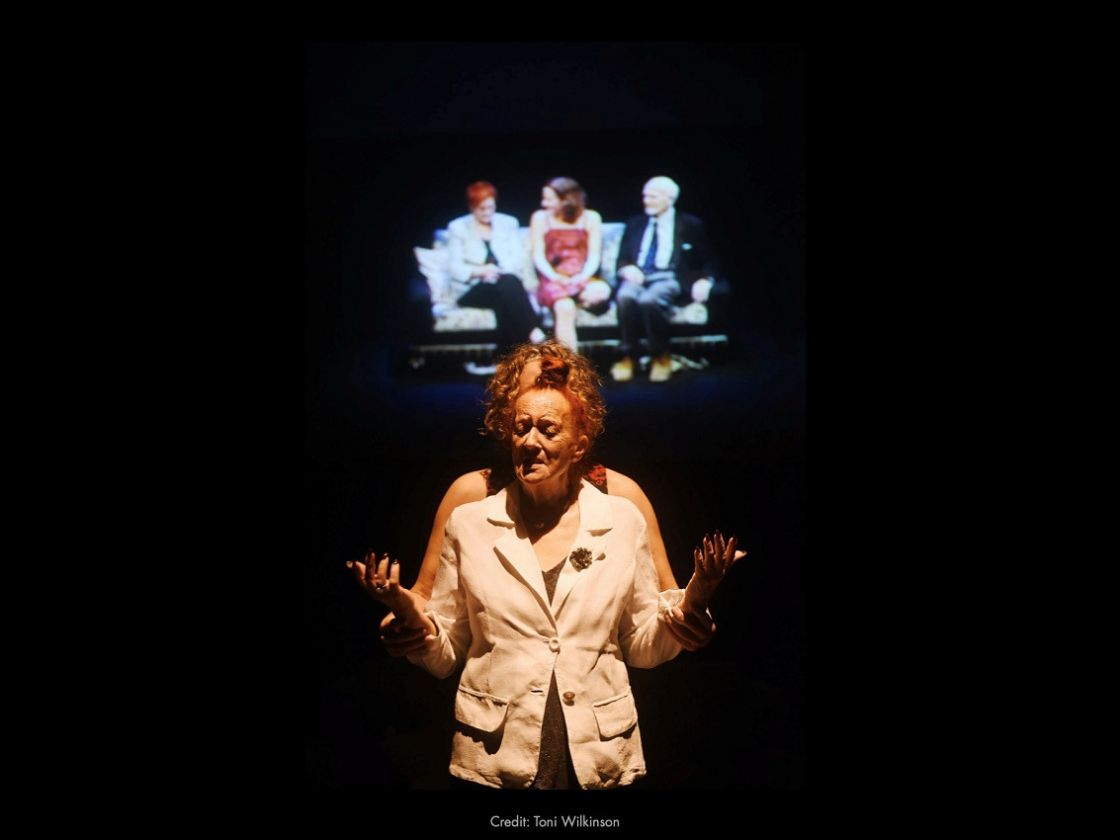 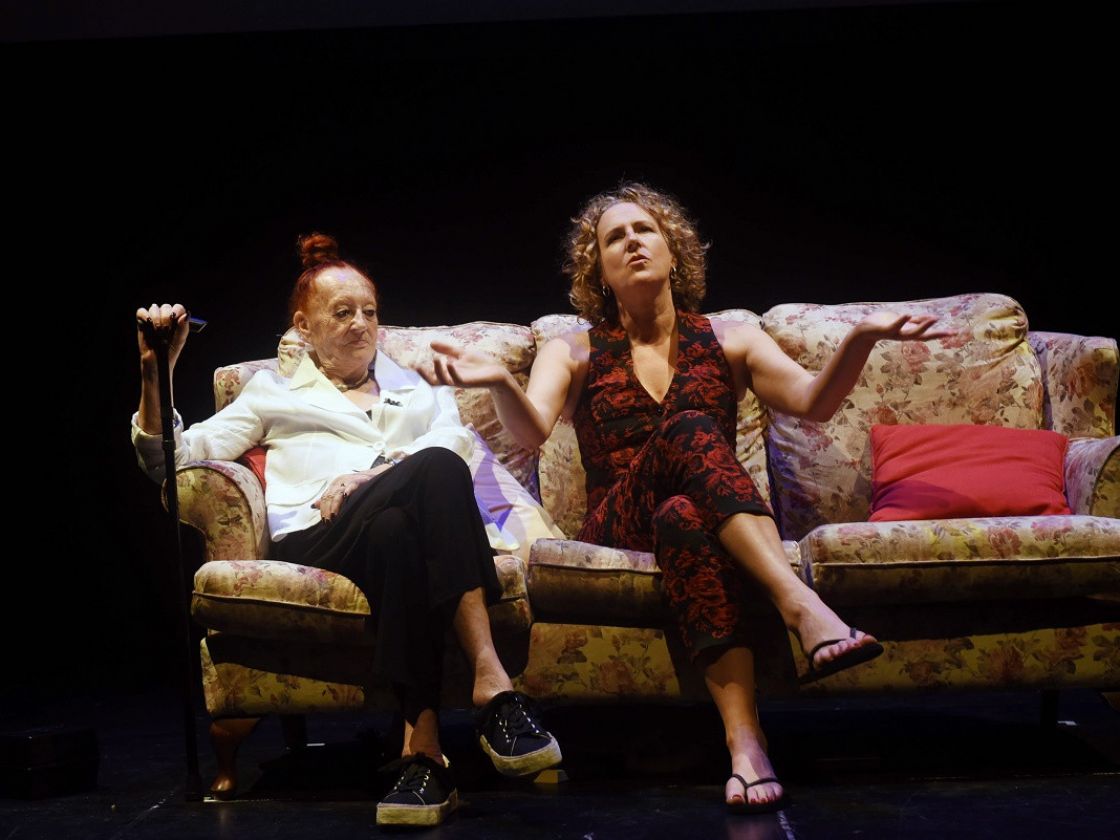 Worldwide touring performer and stand-up icon Ursula Martinez makes her third guest appearance at Sophiensæle: Following the hit shows My Stories, Your E-Mails and Wild Bore, which were featured at our 2017 and 2019 fall festivals, she presents her new show A Family Outing – 20 Years On.

In 1998, Martinez first brought A Family Outing onstage: conversations with her that were as honest as they were hilarious. Since the original’s premiere, Martinez has turned 50, her father Arthur has passed away and her mother Mila has been diagnosed with early-stage dementia. Absorbed in wryly honest and frank conversation, a mother and daughter expose the banalities, hilarity, foibles and frustrations of their relationship. Contrasting past and present, they bicker, cajole and encourage each other through this endearingly ad hoc, entertaining and ultimately uplifting performance. Through a canny interplay with the first production, this bracingly funny recreation blurs the lines between artifice and reality, while grappling with who we are and what happens to us as time marches on.

The piece lasts 60 minutes without intermission. It is in English spoken language. There are no surprising light or sound effects. The audience area on the grandstand is seated. There are two wheelchair spaces and one beanbag seat that can be reserved by phone or booked via the online ticket shop or at the box office, depending on availability. The accessibility information will be continuously updated. If you have any questions or need further information, please contact Gina Jeske at or 030 27 89 00 35.

URSULA MARTINEZ is a British performer. She studied French and Theatre at Lancaster University. In 1998, with collaborator Mark Whitelaw, she created her first theatre show A Family Outing. Martinez and Whitelaw produced two more autobiographical shows, which together with A Family Outing, formed a trilogy entitled ‘Me, Me, Me!’. Other solo shows include My Stories, Your Emails and Free Admission. In 2017 she co-created Wild Bore, an international collaboration with Adrienne Truscott (US) and Zoe Coombs Marr (Australia).

A production by Ursula Martinez in coproduction with Perth Festival, Barbican and SICK! Festival. Supported by Arts Council England. The shows within the scope of the Coming of Age festival are realized with funds by the Capital Cultural Fund. Media partner: Berlin Art Link, taz.die tageszeitung, tipBerlin